This handover marks the success of KPT Maju Sejahtera (MS) in implementing a commercial cattle breeding business with a cut-and-carry breeding model with the IACCB Program for 2.5 years. KPT MS joined the IACCB program in April 2017, and received 100 Brahman Cross heifers (BX) from Australia and 6 bulls. Since April 2017 KPT MS maintains and manages the 106 Brahman Cross cattle which today are officially handed over by the IACCB Program to the KPT MS. In addition to providing cattle, the IACCB Program also provides technical assistance and various trainings to farmers who are members of KPT Maju Sejahtera.

Until September 2019, KPT MS breeders have succeeded in producing 205 calves, and are now awaiting calf birth from 60 pregnant cattle. Of the 205 calves, KPT Maju Sejahtera has succeeded in selling 169 calves with a total sales value of Rp 1.7 billion.

KPT MS is also the Livestock Production Cooperative, which first in Indonesia has successfully sold its cattle through an auction. This increases their selling points and brings greater profits to farmers.

The Regent of South Lampung, H. Nanang Ermanto expressed his pride to the members of the KPT MS who are not only succeeded in breeding Australian BX cattle, but also increased the chance of improving cattle populations by 5 times, positioning South Lampung as an example for the development of national farms. "In the hands of the KPT MS breeders, not only are BX cattle able to get pregnant up to two or three times, but their excellent management capabilities also succeed in making the KPT MS one of the most profitable Livestock Cooperatives in South Lampung," said Nanang

"Therefore, we hope that the concept of good cooperation between the Indonesian and Australian Governments can continue to be developed and implemented by other livestock groups," concluded Nanang.

IACCB's Strategic Advisor Program, Paul Boon said that the handover indicates that the KPT MS is ready to run a more independent commercial cattle breeding business. "With this handover, the IACCB Program officially handed the BX cattle to the KPT MS. Furthermore, KPT MS has full management rights to the cattle to be able to contribute further in improving the welfare of farmers and also increasing the population of cattle in South Lampung, "said Paul.

Furthermore, Paul also revealed that the KPT MS has experienced a very extraordinary development in terms of the ability to manage cattle and commercial institutions. "KPT MS has gone through the Commercial Viability Assessment (CVA) process and has shown good efforts in improving livestock productivity, controlling costs and managing a conducive business climate for 2.5 years in collaboration with the IACCB Program. 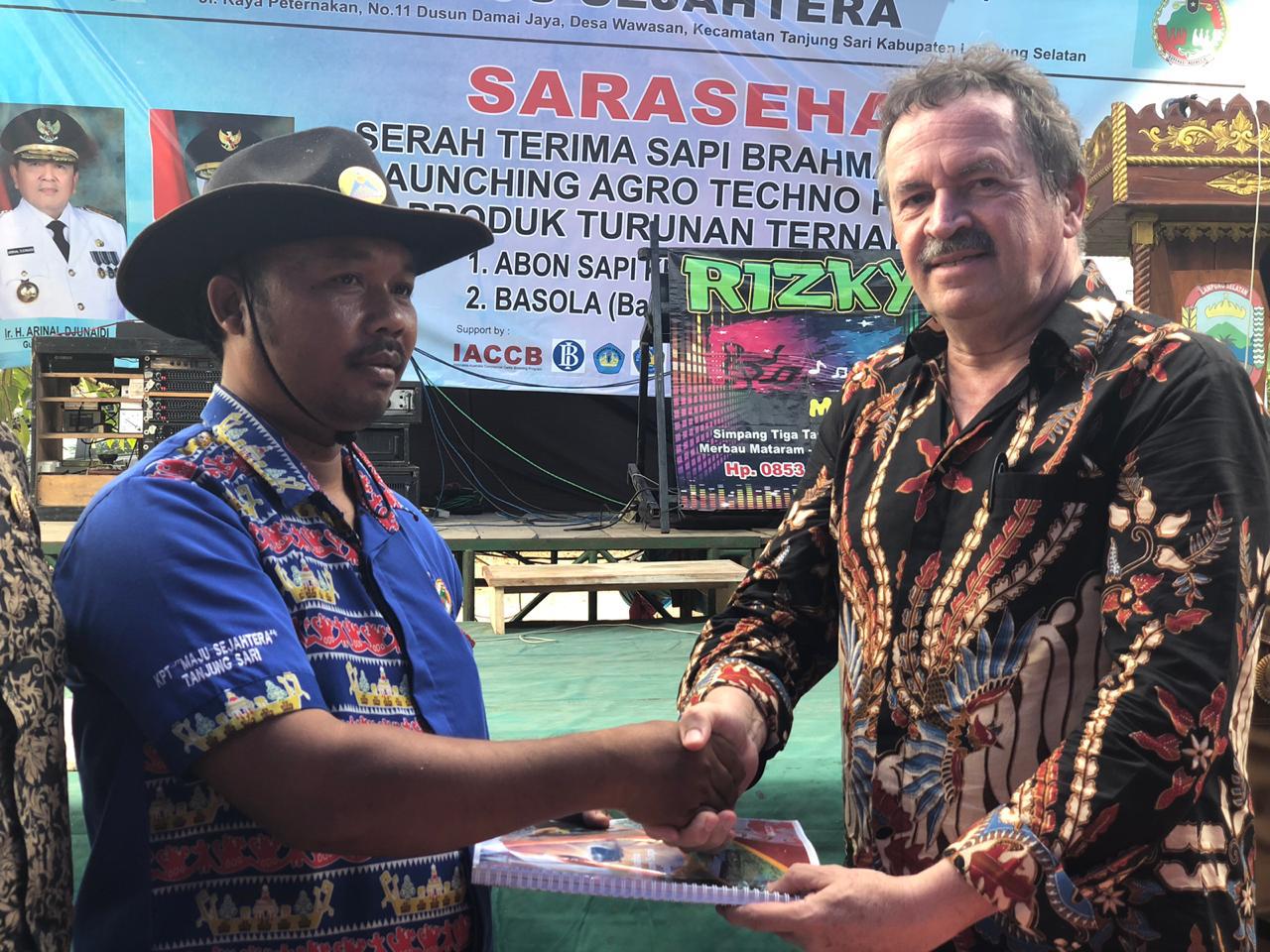 The IACCB Program is a program under the Indonesia Australia Partnership on Food Security in the Red Meat and Cattle Sector (Partnership). Through the Partnership, Australia is committed to helping Indonesia until 2023 with a total of AUD $ 60 million in funding.

The Indonesia Australia Partnership on Food Security in the Red Meat and Cattle Sector is a Heads of Government initiative funded by the Australian Government. The secretariat and policy lead is the Department of Agriculture in Australia and the Indonesia Investment Coordinating Board (BKPM) in Indonesia.

ASG is managed by Coffey, a Tetra Tech company